Home > What Is A Housing Authority

What Is A Housing Authority

Housing Authorities are generally government run bodies, wherein they govern some part or section of a particular territory’s housing. The housing scheme, generally offers low rented apartments or free apartments to those the government body deems fit and qualified to avail.

Public Housing Authorities or PHAs or simply HAs are there to determine and allocate suitable subsidies for those who cannot afford to live in a decent and safe area. If the income level is low (80% of the median for low income and 50% of the median for very low income) and if the number of dependents are high and/or the applicants are elderly or disabled, all these persons are in need of housing that provides for a safe and respectable standard of living. The HA is there to help these persons from abject poverty and dangerous living situations by verifying their application and providing them with a subsidy which would help them afford to live in a better locality – one which is especially earmarked for such families and persons. 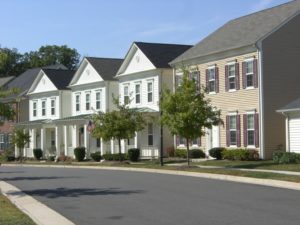 The HA is locally administered for helping and ensuring with housing programs which are sponsored by the federal Department of Housing and Urban Development (or HUD). All HAs provide subsidies in the form of rental housing or rental assistance to families with annual incomes much below the median, the elderly as well as the disabled.

Local housing authorities are the first place any individual or family should check out and gain more information with regards to programs that provide for housing assistance. These would let the applicant know when forms and applications would be accepted and where such schemes are open to apply. As a lot of people apply to such programs the waiting list is quite long. The HA maintains and manages public housing units; while other similar programs such as Housing Choice voucher and the Section 8 voucher programs (that are run by non-governmental bodies) are also available to apply.

Through these various voucher programs (with various application and eligibility criteria) once an applicant is accepted and is participating in the said program, they then have to pay about 30% of their income on the rental, while the rest is covered by the voucher. The income bracket again is of the lower income group which is already stated above. Voucher holders generally seek rentals in the private market and are given assistance in the form of vouchers.

After all the paperwork is done and completed and the application processed and accepted, each applicant (individual or family unit) is allotted a caseworker whom the applicant needs to visit intermittently to maintain the subsidy by ascertaining ongoing eligibility.

Housing Authorities also conduct workshops to impart basic knowledge of financial independence and disaster preparedness to accepted applicants. This is so that they may gain the necessary skills in becoming independent and wean off the subsidy and the latter is so that they may not lose their accommodation due to unforeseen occurrences. Other related and relevant topics are discussed too in order to make a more holistic approach towards making such families independent.

Jurisdiction of the Housing Authorities

There is no set rule that any housing authority may only cover a certain area after which another takes over. They can cover the area of a county, a city or even the whole state. There is no set limit as to their jurisdiction. It is best to walk into a PHA and ask about such details to determine where an application needs to be filled out.

The Extent Of An Inspector’s Inspection of Current Living Accommodations

An inspector simply checks the soundness of a structure and whether there is any mold or any other contaminants which may put the family/individual living there in danger of falling sick or any other detrimental occurrence that may befall them.

Privacy is not invaded so all purses, refrigerators and ovens are saved from inspection.

Applying to More Than One Program and/or Waiting Lists

The housing authority does not stop anyone from applying to various programs that may grant any form of assistance to them.

When it comes to waiting lists, there too there is no hard and fast rule of sticking with one waiting list forever. However, the application form of each waiting list may vary and may not be duplicated. This may cause the HA to cancel the applications and the applicant would be left with nothing in hand. One should be careful before doing any such action as sometimes these nitty gritties matter more than one can imagine and may cause immense amount of heart and headaches.

While on the subject of waiting lists, the Housing Authority allows for some applicants to be given priority over others. That is, their name is shifted up on the waiting list, rather than remain at the very bottom for a very long time. Both the Public Housing Authority as well as the Housing Choice Voucher allow for certain preferences to individuals or families. These include people who are veterans, homeless or victims of domestic abuse, senior citizens and disabled persons and victims of natural disasters (who have nothing left) among others. Like the eligibility criteria, the preference criteria too may vary across waiting lists, but these are predominantly the ones who usually get a favorable spot in the list.

The housing authority works tirelessly to provide with better housing for those who cannot afford it. They are there to ensure basic support is provided to these families and individuals.