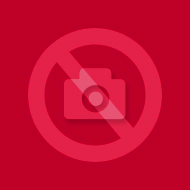 In the past few years, “tiny houses” has gained incredible momentum in the United States. In most of the instances, the proponents of the homes market them as a lifestyle choice for people who want to save money and reduce their possessions, thus essentially simplifying their lives. But when viewed from another perspective, the tiny homes can be a viable solution for providing homeless Americans with quality, reliable and affordable housing solutions.

The concept has been hailed as a nice approach in helping individuals experiencing homelessness not just have a roof above their heads but also to retain their autonomy and respect despite experiencing their downs in life. The tiny home are generally free standing dwellings on a small piece of land, usually from about 90 square foot – the normal size of a standard parking lot to about 300 square foot. In most of the municipals across the United States, such structure are considered to be too small for human occupation and to navigate around such a regulation, builders are using other means such as placing the structures on trailer beds or wooden blocks so that they may not be accused by the authorities of erecting structures in unregulated zones.

But it is worth noting that many municipalities are actually embracing the concept because its viability in solving the homelessness problems within their areas of jurisdiction has been seen. As a matter of fact, most of the local authorities in the heavily affected areas are now thinking of coming up with the necessary regulations to control the construction of the tiny homes instead of banning them. This is not just a good luck for the homeless people, but also it will be immensely beneficial for the municipalities they will save millions of dollars in annual health care cost on the chronically homeless individuals who may keep on visiting the emergency rooms from time to time. Additionally, the aid in making the cities safer and more beautiful as compared to when the homeless guys are allowed to occupy different corners and corridors of the city.

Most of the experts involved in the industry are in concurrence that the adoption of the tiny homes could be a productive and effective tool if it will be well regulated, so that the safety, dignity, autonomy and the well-being of the residents is ensured. It is thus an awesome option to save the municipals millions of dollars but most importantly, it is crucial in integrating a traditionally cast group of people back into the society and providing them with a safe place to call home.