The Angola Housing Authority oversees both public housing and voucher programs, if available. The housing authority owns and manages 1 facilities which total 188 units across the city. Public housing agencies, including the public housing agency in Angola, are required to submit and receive approval from the US Department of Housing and Urban Development Indiana State Office every 5 years. They detail the housing authority's strategy, outreach programs, operations, and policies so information can change. The Angola HA code is IN039, and it's part of the Indiana State Office. 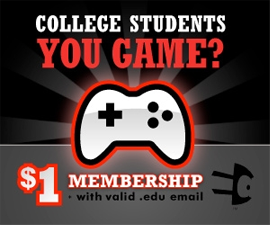 The Angola Housing Authority offers a wide variety of programs ranging from affordable public housing, housing projects, and subsidized housing all over Angola, IN. The staff's goals include providing affordable housing in secure environments, while providing a high level of service. You can browse available apartments, housing units, and other accommodations directly by visiting their website:

Affordable housing in Angola and elsewhere means wither rental or owner-occupied housing that costs at or less than 30% of one's gross income. Subsidized housing means a residence that the government assists in paying for. It can either be all or a portion of the monthly payment, depending on the person's income.

If you're looking for apply for affordable housing in Angola, you'll have to fill out an application (if the housing authority is currently accepting new applicants. We encourage you to first check on the status of new applicants by visiting the Angola Housing Authority website:

Once you've determined that you've determined they are accepting new applications for public housing in Angola, IN, you can begin your application process. The fiscal year ends on 31-Dec, so we recommend avoiding applying during that period as you might experience delays. Your eligibility for these programs depends on the following:

The Angola Housing Authority will check references that you put on your application to make sure that you will be a good addition to the housing project. Once your application is finished, you can send it to the mailing address which is:

OfficialHousingAuthority.com is a comprehensive database of information about housing authorities. Public housing was created to provide safe and decent rental housing for low-income families, senior citizens, and persons with disabilities. Units that are provided by Angola public housing provide a large variety of living arrangements, from single family houses to apartments with care for elderly people. Currently, 1.2 million households live in public housing, which is overseen by around 3,300 housing authorities. We try to keep our information as accurate as possible, but if you find any inaccuracies, please contact us.